First Announcement of ICO-25 and OWLS-16 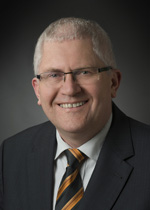 The next General Congress of the International Commission for Optics (ICO) and the Conference of International Society on Optics Within Life Sciences (OWLS) will be held from 5th to 9th September 2022 in Dresden, Germany. The TU Dresden is proud to host ICO-25 and OWLS-16.
The ICO, “the Place where the World of Optics and Photonics Meets”, is an affiliated commission of the International Union of Pure and Applied Physics (IUPAP), and a scientific associate of the International Council of Science (ICS). Its objective is to contribute, on an international basis, to the progress and diffusion of knowledge in the fields of optics and photonics. The ICO has the missions to foster advanced optics science and technology and to promote the development of science and technology in developing countries. The ICO is an umbrella organization with more than 50 territorial committee members and several international academic societies: OSA (The Optical Society), SPIE (The International Society for Optics and Photonics), EOS (European Optical Society), IEEE (Institute of Electrical and Electronics Engineers), OWLS (International Society on Optics Within Life Sciences), LAM (African Laser, Atomic and Molecular Physics Network), and RIAO (The Iberian American Network on Optics).
The first General Congress of the ICO was held in the Netherlands, in 1948. Since then, the ICO General Congress has been held every three years, and gained participation from all over the world, including developing countries. The ICO General Congress has established itself as the most prestigious world-wide conference on optics and photonics. After 30 years and continuing the success of the recent previous general congresses, held in 2017-Japan/Tokyo, 2014-Spain/Santiago de Compostela, 2011-Mexico/Puebla-Mexico City, 2008-Australia/Sydney, 2005-China/Changchun, 2002-Italy/Florence, 1999-USA/San Francisco, 1996-Korea/Taejon, 1993-Hungary/Budapest and 1990-Germany/Garmisch-Partenkirchen, it is our great honor to host the General Congress and General Assembly of ICO in our country again.
The main theme of ICO-25/OWLS-16 is “Progress of Society with Light”. Evidence of the scientific contribution is obvious from the fact that many Nobel laureates have accomplished their achievements in the field of optics and photonics, resulting in more than 40 Nobel prizes.

Optics and photonics will contribute greatly to solving issues on global energy and the environment. The United Nations Educational, Scientific and Cultural Organization of the UNO provides with the International Day of Light on May 16 an annual focal point for the continued appreciation of light and the role it plays in science, culture and art, education, and sustainable development, and in fields as diverse as medicine, communications, and energy. The use of LEDs for the lighting in our cities will save energy. In everyday life we ​​frequently benefit from advanced light technology, as backbone of internet, in smart phones and for human health care. Light has the potential to recognize the origins of diseases, to prevent them, or to cure them early and gently. This is one of the central topics of OWLS, which was founded at the ICO-15 Congress in Garmisch-Partenkirchen in 1990. Therefore, a special commemorative event of the 30 years anniversary of the foundation of OWLS in Germany will be organized. The hosting city Dresden is known as Germany´s Jewel Box, because of its Baroque center. Let yourself be inspired by the ICO-25/OWLS-16 in Dresden for new ideas, their translation into progress for society and to foster developing countries. On behalf of ICO-25/OWLS-16, I hope everyone will have an exciting, fascinating and memorable time at this general meeting. Please take your time to enjoy our culture, delicious cuisine, innovations and attractions in every direction.

Due to coronavirus pandemic (SARS-CoV-2), we are facing extraordinary circumstances, imposing huge restrictions on traveling and meetings in most of the countries. In view of the extraordinary situation, it was decided to postpone the general congress ICO-25-OWLS-16-Dresden-Germany for one year. The world congress of optics and photonics is to be celebrated from
13th September to 17th September 2021.
Click here for more information

Light has the potential to recognize the origins of diseases, to prevent them, or to cure them early and gently. This is one of the central topics of the International Society Within Life Sciences (OWLS), which was founded at the ICO-15 Congress in Garmisch-Partenkirchen, Germany, in 1990. Therefore, the 25th ICO General Congress is held for the first time jointly with the 16th International Conference of the - ICO International Society Member - OWLS and a special commemorative event of the 30 years anniversary of the foundation of OWLS in Germany will be organized.

A Special Issue of the Journal of the European Optical Society – Rapid Publications (JEOS:RP) with papers from the congress ICO-25-OWLS-16-Dresden-Germany-2021 is planned. The general chair of the congress, Prof Juergen Czarske is associate editor of the JEOS:RP: jeos.springeropen.com